The Empty Bench at The Book Bin – Remembering Kirk Mariner

The sofa bench in the back of The Book Bin was empty the other day.  The regulars by the coffee window are hesitant to sit there.  A sign on the door indicates that the staff knows that our local independent book store will be a place of mourning and memory for awhile.  The bench was Kirk Mariner’s, a place for reading the paper and sharing in the community that he was so much a part of and that he helped to build.  As the sign says, he was “a true cornerstone of the Shore.”

When the Rev. Dr. Kirk Mariner died, suddenly in the end, it caught us all up short.  The author, historian, preacher, and musician was woven firmly into the texture of this place.  Wines are supposed to reflect the terroir, the environment in which they are produced, and Kirk’s terroir was unmistakably Eastern Shore.  It is there in books that were so particular that they became universal.  If he had not been so identified as a local historian, a book like Slave and Free on Virginia’s Eastern Shore, would be justly recognized as one of the great studies of race and class in pre-Civil War America.

So what’s the best tribute to the man?  A well-done worship such as he fussed over.  An historical record that doesn’t overstate the case but is sure to include some telling anecdote and smiles.  A measured skepticism of schemes.  A lament over communities lost—ecclesial and geographical.  A glimmering-eyed ballad tweaking too-dearly-held nostalgias.  A warm love of the nurturing matrix of congregational song and the long line of Methodists who sang them before. 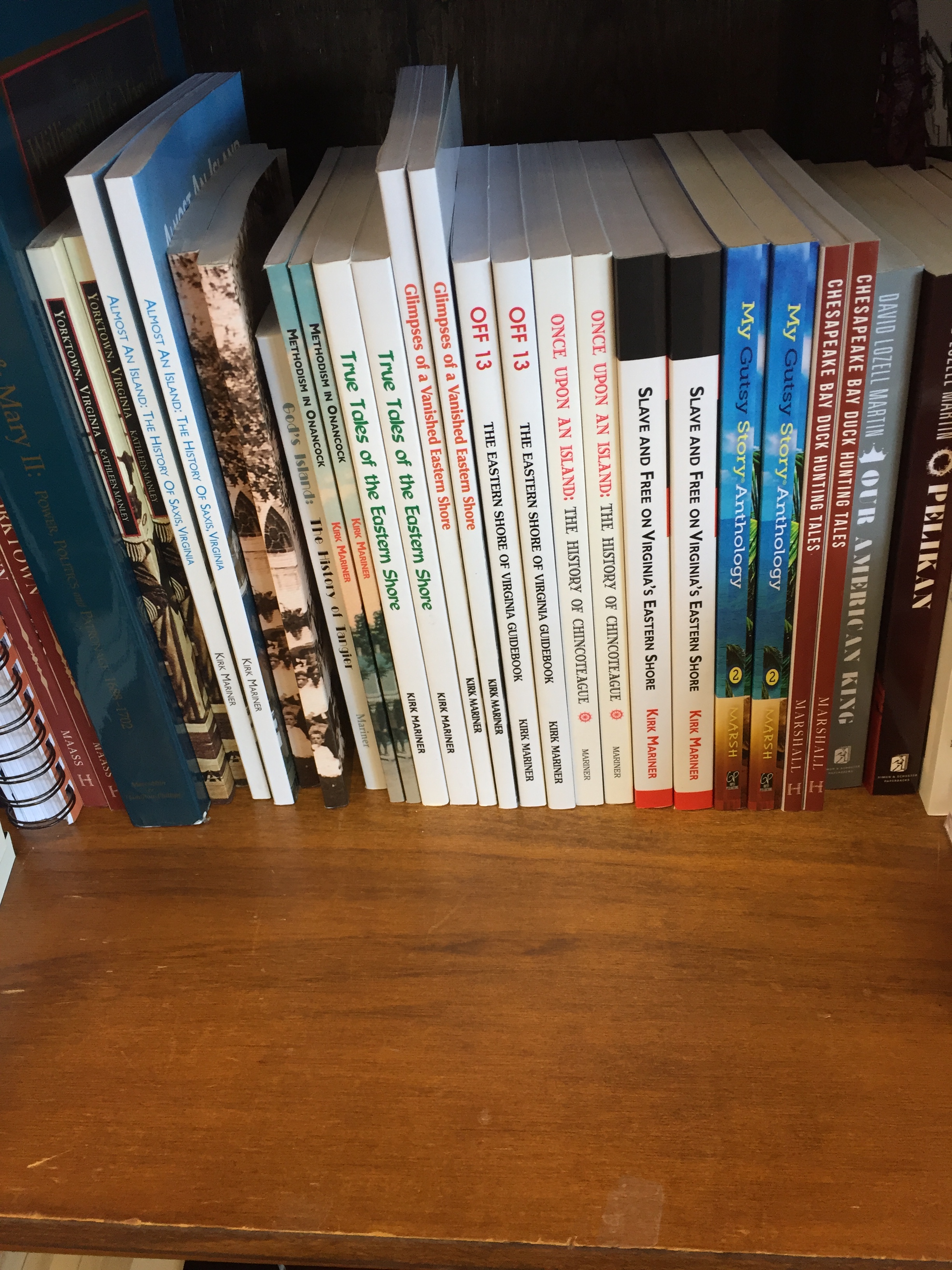 What will I remember?  The eye and ear for beauty.  The wind blowing through his impressive hair as he headed out to Tangier on the Joyce Marie II ferry.  The insatiable curiosity.  The generous spirit that wanted to see a young preacher do well.  The judicious ‘no’ to push said preacher on to initiative.  The contrarian’s slightly-jaundiced eye.  The off-hand remark that only later lands as the compliment it was.

The fullness of place embodied in a soul.  The trust in a story that began before he arrived and which claimed him as he told and retold it.  A lover in the arms of his Beloved, sung homeward by the Church he needled and cherished.  A sheep of God’s own fold.  A lamb of God’s own flock.  A sinner of God’s own redeeming.  A Methodist.

I give thanks to God for that wonder that is Kirk Mariner.