“S-Town” and the sordid underbelly of this American life 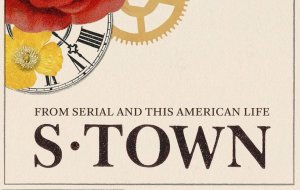 This week I finished listening to “S-Town,” the latest buzzy podcast from the folks who brought us “This American Life,” and “Serial.”  Like a trip to the all-you-can-eat buffet, it was great while it lasted but made me feel various degrees of queasy when it was all over, and least of all because of all the profanity.  Released all at once in 7 episodes, the series took a deep dive into the secretive goings-on of a small town in Alabama and one of its most eccentric residents, John B. McLemore.

“S-Town” shows the sordid underbelly of the style of storytelling that “This American Life” pioneered.  Journalist and host Brian Reed, along with his production crew, is a beguiling stylist of tales, weaving together red herrings, affecting detail, and superb audio.  The crew creates credible, discrete chapters and compelling narrative arcs.  They know the elemental power of human lives.  And they feed upon them like vampires.

They know the elemental power of human lives.  And they feed upon them like vampires.

When it seemed, in early episodes, like “S-Town” was going to be a true crime story or an expose of corruption in a small, Southern town or a treasure hunt or tales of the tragedies of people who find no outlet for their true selves or a deep exploration of the dying trade of clock-making, I admired the craft.  But it gradually became clear that the central conceit of the series was to show off its technique at the expense of its content-rich subject.

Which is a shame, because the man and his town deserve better, even if the title of the podcast, with its dash representing a familiar 4-letter word, hints at John B. McLemore’s disdain for his hometown.  Reed shows an admirable level of transparency and vulnerability as he comes to know John and his familiars.  But he explores the real-life Southern Gothic environment with a hipster’s remove and sensibility, complete with an occasional grating upspeak. (There.  I’ve shown my bias?)

This piece didn’t begin as a review of “S-Town.”  It began as an appreciation for some of the detail that Reed mines and how it reflects some of the dislocation I see in the small town where I live and in many others.  The most evocative detail comes in an aside, when Reed is talking with McLemore’s cousin, who shares the deprivations that McLemore’s mother has endured while her son was her caretaker.  Among them – the windows to her bedroom were boarded up.

In that visual, I find a resonance with all the dark, sweltering Southern homes and trailers I have been in through the years.  Why do we block out the light?  In a land of brightness and green, we are in darkness.  “In the midst of life, we are in death; from whom can we seek help?” as the old funeral liturgy says.

We have honed the shape of stories and have tapped into the click-bait ways that they work in us.

I had hoped that this series might delve more deeply into the distortions that afflict so much of American life these days — the ways that our disconnection from the land and from each other produce such ugliness in places of such incredible beauty.  To help us appreciate the deep currents shaping our misperception of the world around us.  To indicate a longing for something beyond us.

But what “S-Town” does well is what we do well these days.  We have honed the shape of stories and have tapped into the click-bait ways that they work in us.  But we are not shaped by them.  Our stories are too thin.