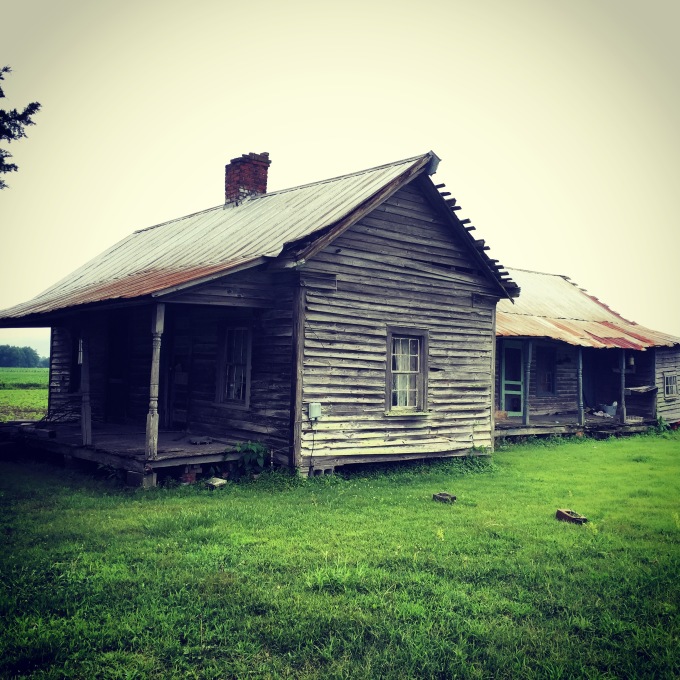 Breathe in rural Alabama circa 1925.  Take deep breaths, “great lungfuls of the scent-tinged air—grass and cornstalks and peanut plants, mulch and dung and mule hide” (159).  Feel the heat of July.  “This low sun turns every lick of water to steam, even the fresh-pumped drinks in our mess-issued bottles.  The sun bakes those metal canteens, boiling the liquid inside, and we chase our thirst with water so hot it burns our tongues” (167).

Are you here yet?  Good.  Settle in.  There’s a long prison sentence to serve.  Regrets aplenty to mull over.  Deaths to mourn: for an electrocuted man, for future children unborn.  Righteous indignation over injustices on simmer: for black men leased out by the state to work in deadly coal mines, for prisoners maimed and abused.

But even in the swelter there are graces aplenty.  A wrench of warblers will chirp outside the window.  A hound named Maggie will curl against your legs in the night when you are reduced to sleeping on the floor of an abandoned cottage.  Canned peaches spiced with clove and cinnamon will appear on your table.  There is beauty here and, beyond any expectation, a resilient capacity for tenderness. 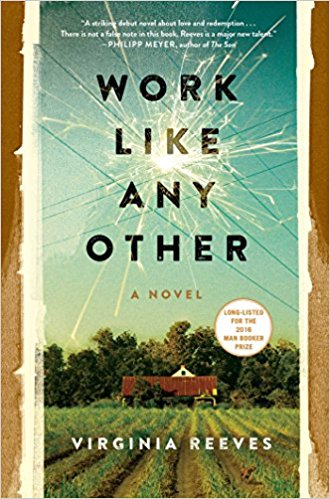 In Work Like Any Other, Virginia Reeves has written a gentle debut novel about difficult things.  It is a small novel in that it brings us into close proximity with one man, Roscoe T. Martin, and the incident that leads to his long incarceration at Kilby Prison.  A man fascinated with the newfound power of electrification, Martin tries to wire his way out of the dark cloud that is engulfing his marriage and the farm that he has been given by his father-in-law.

With the help of Wilson, an African-American man who has been faithfully working the property for years, Martin taps into the new Alabama Power lines crossing the property, an act, that despite its illegality, brings light to the house, productivity to the thresher, and new life to his previously distant wife, Marie, and their young son, Gerald.  When a power company worker stumbles upon the tap line and is electrocuted, Martin and Wilson are sent away.  Martin to Kilby and Wilson to the coal mines as a leased-out prisoner.

Roscoe’s perspective dominates the central part of the book as he deals with the indignities of prison life and the isolation from his wife and son.  Marie doesn’t respond to his letters or visit him, and we, along with Roscoe, aren’t sure why, until her voice finally appears some chapters into his prison term.

Time shifts as Reeves remembers how their relationship began.  Then, as his physical condition deteriorates, a young version of Marie begins to appear as an apparition that offers him unreliable counsel.  He worries as well about Wilson’s fate.  When he is finally released he is a broken man, sent home to try and uncover a future.

Marie’s sense of moral outrage at Roscoe’s act seems a bit overblown and her late 20th century sensibilities about race relations seem a little anachronistic.  She is not as fully-drawn as Roscoe, but the sections where we do get a chance to glimpse her inner life are among the best-written parts of this book.  To wit, this passage which captures the conflict she is feeling:

Marie missed her father.  She missed Roscoe, too, but only in isolated scenes—there along the Coosa River where they would walk, an afternoon here in the farmhouse in their shared bed, the kitchen of their village house, infant Gerald in his arms.  When she thought of him whole, though, she cringed.  As a whole man—full up of his past and his choices and his actions—she wanted nothing to do with him.  (85)

What is this book about?  The possibility and miracle of love.  The seduction and wonder of technology.  The history of Alabama prisons.  The social divisions and structures that infest our closest relationships.  The things that break us down and the hope that binds us together.  The deep longings that assure our endurance.  The mad ways marriage partners wound one another and the way reconciliation works and doesn’t between them.

Yes, all that.  But it is as much about the earthy fragrance and ambient noises of Alabama.  That which transcends is as particular and miraculous as a breath of mulch and dung and mule hide.  Reeves takes us there.

(And shout out to Deborah Lewis for sending me here, to this book.)