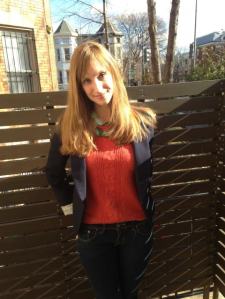 In previous segments of this interview, I talked with Monica Hesse, author of American Fire: Love, Arson, and Life in a Vanishing Land, about her experience of the Eastern Shore and her thoughts about what the 2012-2013 arsons have to say about rural America in general.  Today we conclude with some thoughts about the religious life of the Shore and her next project.

I was curious about your sense about religious life on the Shore and the role that churches might have played in the story.

I interviewed several ministers and a few of them appear in the book. It was moving to me to hear about, Jon Woodburn, who ministered to 3 churches in Accomack in a circuit and one of them was lit on fire and the flames were discovered on Ash Wednesday.  He was wonderful to talk to.  You discover these scorch marks and then it’s Ash Wednesday and then you have a service.  What do you talk about?

I talked to ministers who would talk about finding in their hearts and their congregations finding it in their hearts to pray for the arsonist thinking anyone who is doing this must be very troubled.  So it seems to me at least that the people who were religious were able to take great comfort in an act that seemed so completely senseless. I’m not saying that faith gave the actions meaning but I’m saying that it seems like faith was giving people an opportunity to try to make sense of this chaos or to try to look at the chaos in ways beyond fear.

Then I also talked to folks who were from different strains, who maybe had more literal interpretations of the Bible, who thought that this was like a literal apocalypse, that these were literal signs that the world might be coming to an end or there might be some larger forces.  So it would make sense that faith leaders were able to bring levels of comfort and these levels of comfort were sorely needed in the community at the time.

So what’s next for you?

Actually, this is my first non-fiction book but I also write fiction.  This book came out the same day that I had a fiction deadline for another novel.  So I just turned in the manuscript for the novel.

I’d love to do another non-fiction book but the thing that makes non-fiction so difficult for me at least is that you really have to find exactly the right story because the story is all you have.  You can’t embellish or make anything up in it so my agent has been asking what I’m going to write about next and it’s hard because I know, whatever I choose, I’m going to have to live with for several years and I’m going to have to feel like it has that weight to carry me through.