Love, Character, and Ordinary People: A Visit with the World’s Greatest Tour Guide

“That’s where the bomb hit,” Shirley Cherry says, pointing to a nondescript spot on the porch of the old Montgomery, Alabama house.  The little girl standing on that spot jumped and moved as if it all might happen again.  Perhaps another bomb thrown by a racist terrorist upset about the 1956 Montgomery Bus Boycott might explode again into the Dexter Avenue Baptist Church parsonage.  Maybe 3-500 angry black citizens, many of them armed, might gather on the lawn once more and threaten retaliation.  Maybe a young pastor in his first appointment might come out onto that porch, after checking on the safety of his wife and children, and advise the crowd in strong, measured, gospel-filled words to go home.  “We know a better way,” Martin Luther King, Jr. might say.  Love is a better way. 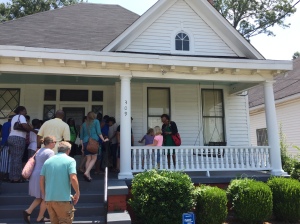 Such is the power of Dr. Shirley Cherry to make the past come alive that she can make you see all those things on the porch of 309 S Jackson Street (“Remember that number,” Cherry says.)  She can also help you see how that past persists.  When I arrived at the Interpretive Center, (this was my second visit), Dr. Cherry immediately introduced me to Nelson Malden.

“This is the man who gave Martin Luther King his first haircut in Montgomery and his last haircut before he died,” she said.  It seemed impossible because Mr. Malden looked far too young to have been cutting hair in 1954 when King arrived in the city.  But sure enough, he had vivid tales to tell of King’s first visit, of the way he talked about the haircut Malden gave him and teased him about his tithe as a way of explaining why he didn’t tip him.

As the tour group moved over to the parsonage, Dr. Cherry spotted 95-year-old Vera Harris out on the porch of her home.  In 1961 Harris and her husband, Richard, sheltered Freedom Riders like Diane Nash, James Farmer, and John Lewis, after they were attacked on their journey to desegregate interstate bus travel.  Cherry marched the thirty-some tour participants over to Harris’s swing and gave them the opportunity to shake hands with a living Civil Rights veteran, to Harris’s great delight.

There is a lot to see at the Dexter Parsonage: The table where the Southern Christian Leadership Conference was formed.  The study where King wrote.  The kitchen where he sat at midnight on January 27, 1956, praying for courage over a cup of coffee after yet another anonymous phone call threatening his life — a moment he recounted in his last sermon, the famous ‘I’ve Been to the Mountaintop’ sermon:

It seemed as though I could hear the quiet assurance of an inner voice saying: “Stand up for justice, stand up for truth; and God will be at your side forever.” Almost at once my fears began to go. My uncertainty disappeared. I was ready to face anything.”

Shirley Cherry keeps the kitchen dark as she tells this story to mimic that midnight hour.  “That’s the kettle he used to make his coffee.  This is where he sat.”  But then she gets personal.

It’s not just King’s story she’s telling; it’s hers.  She knew poverty growing up.  She saw the pictures of dead Emmett Till, brutalized and murdered in next door Mississippi for allegedly whistling at and grabbing at a white woman.  (That woman, Carolyn Bryant, now says that grabbing never happened.)  A young Shirley saw those pictures and heard the unspoken message, “You better know your place.  Or else.”

But King gave her a different narrative.  She draws a young teenager in close to her.  “What’s your name?” 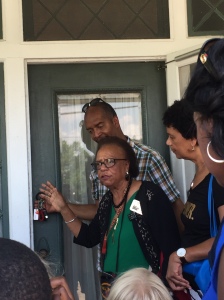 Hannah says ‘yes’ before even knowing what it will be.

“You can answer on behalf of all the people in this room because they all need to make this pledge.  Will you keep looking forward and not look back?”

“Dee Dee,” she points to another teenager, a basketball player that she has called on earlier in the tour.  “You stand up straight now.”  I noticed a lot of us standing up a little straighter at that moment.  Did it myself.

“There are three things I want you to take away from here,” Shirley had told us earlier.  “Love, character, and ordinary people can do extraordinary things.”

After the tour, over salmon, stewed tomatoes, and collards at the cafeteria of the Alabama Center for Commerce, I asked her where she had gotten that mantra. 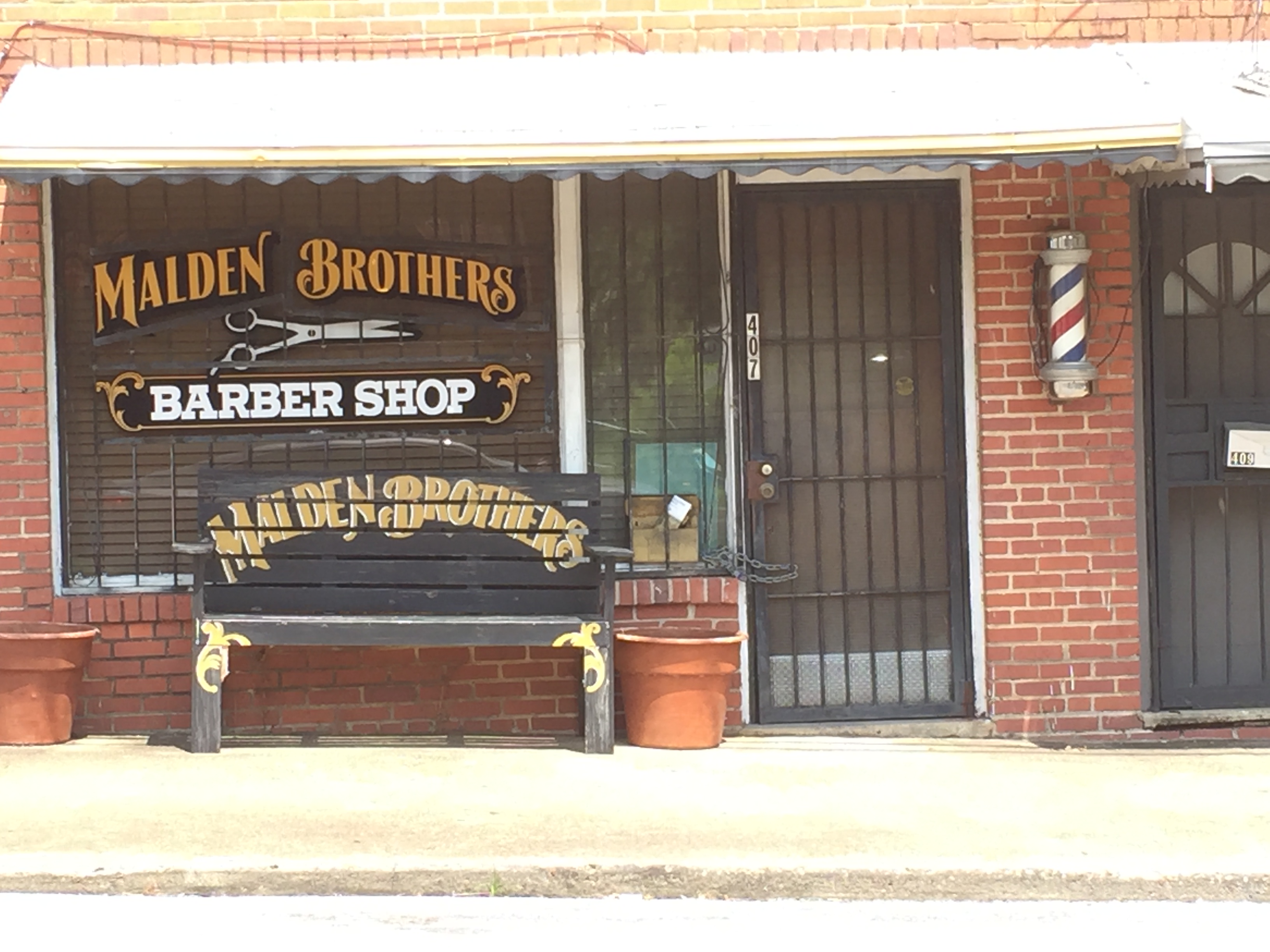 She talked about her 31 years of teaching (with only 1 disciplinary referral!) and what she tried to inspire in her students.  “I used to put my arms around my students and go, ‘Do you know what you have?’  They’d look at me like I’m crazy.  And I would say ‘Potential, and I want it.’ They knew not to give me anything second-rate.  They knew that.  Besides that I had my character quote too: ‘One must be on a lifelong quest for excellence.’ Oh, and it drives me crazy when you see people who just want you to love mediocrity. Colin Powell said, ‘The best way to achieve mediocrity is to try to please everybody.’ I’m not trying to please anybody but myself and if somebody says what somebody else thinks about me that has nothing to do with me.

“I’ve got to tell these people what it meant and why it mattered – what Martin Luther King did and Caretta and all the rest of them. It meant something. It meant that we had a better world. It meant that we weren’t just black and white but we were a world.”

I guess you know, that if you’re ever in Montgomery, or even close, you have to go to 309 S Jackson Street.

One response to “Love, Character, and Ordinary People: A Visit with the World’s Greatest Tour Guide”