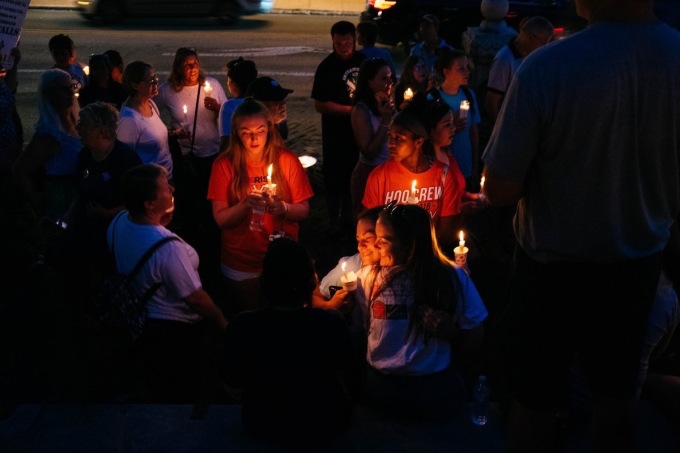 Let me begin with the ‘ought to’s.  It ought to go without saying that what happened in Charlottesville at a gathering of white supremacists and white nationalists was an ugly display of our divisions in this current moment.

It ought to go without saying that an ideology that believes the white race is superior to other races is a discredited relic of some of the darkest moments of our American history.

It ought to go without saying that such an ideology is antithetical to the gospel and the inclusive message of God’s intentions for all creation and all people.  If Christ is our peace, as Ephesians 2:14 says…If, as the verse goes on to say, “he, with his body, broke down the barrier of hatred that divided us,” then there can be no place for another message, especially one claiming the name of Christ, that would perpetuate hatred and division.

It ought to go without saying that the deaths and injuries over the weekend—of Heather Heyer, a young Charlottesville woman who died in the vehicle attack, of two state troopers, Jay Cullen and Berke Bates, who were patrolling in a helicopter that crashed, of the many others wounded—are tragic.  We rightly weep for them and for their families.

It ought to go without saying that Charlottesville, a place where I have studied, lived, and worked at different times of my life, should not be defined by this act.  It is a city that has struggled, perhaps more so than most, to understand and learn from its history, including its troubling racial history.

All that ought to go with saying, but I’m saying it, because the fact that people openly espouse racist and Nazi ideas in America in 2017 shows that we still have the capacity to nurture evil in our hearts and minds.  We have not escaped the human condition. 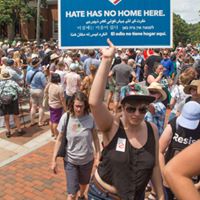 What more should we say?  On social media this weekend I saw many calls to pastors to speak about Charlottesville from the pulpit on Sunday.  Clergy were very visible in Charlottesville on Saturday – walking arm in arm in a silent witness against the hatred on display.  I was glad to see United Methodists in the midst.  On Sunday, in the Texas church I attended, no one offered a word about Charlottesville in sermon or prayer.

Some would say that to make a big deal about the violence at the protest would amount to “virtue signaling”—a marker so that others can see that we’re on the right side of the issue.  This kind of concern is a sign of the fallen nature of our public discourse these days.  There are many people who feel that, by acquiescing to the request to make a statement or a prayer, they may be coopted into a whole set of agendas that have far more to do with a political worldview.  If I put #Charlottesville in my Facebook post, am I putting myself in a camp?

There are also those who worry more about those who didn’t say what they thought ought to be said.  If my attention and my ire turns to those who didn’t bear the witness I felt they ought to make, am I distracted from doing the hard work of community building that it will take to overcome the Great Divide and renew our commitment to shared values?

I do expect that the clergy and lay leaders of the Eastern Shore will address Charlottesville and I expect that many did in services on Sunday.  But they should address it not because it is the issue of the day, but because the gospel illuminates it for what it is.

The truth is that racism is one of the powers that rule in our day.  It is a sin that infects us all, not just the ludicrous gatherings of white men with tiki torches and vile flags and signs.  They claim it openly, but racism is in the air we breathe, and if we were to get rid of every little pocket of supremacists, it would still be there in our souls to struggle with.  And to do that will take faith in God’s liberating work in Jesus Christ and the communion of the Church which invites us to continual confession.

The Rev. Jeffrey Pugh, a United Methodist and a Professor of Religious Studies at Elon University, was one of those clergy at the protest on Saturday.  He talked about his experience there on the podcast Crackers and Grape Juice on Sunday.  While the clergy were committed to a non-violent witness, he confessed that he found himself wanting “to grab a rod and start hitting a Nazi.”

In the aftermath, he found himself appreciating the ongoing work of learning to be a disciple, a work that kept him from taking up a rod.  “Christianity is a daily practice,” he said.  “It’s a daily practice of inculcating certain disciplines of the heart and soul that we might be those people that can stand in these moments of trial.”

I pray that we can be grounded in something far more than a stance.  We need to do far more than showing up in Charlottesville the next time the racist circus comes to town.  We need to show up every day to the places we live and the people we interact with, helping to expose and root out the racism that is around and within us.  We ought to be about the daily practices of being Christians.  And that ought to go without saying.