A God’s-Eye View: The Heartlands Interview with Katherine James, 3 of 3 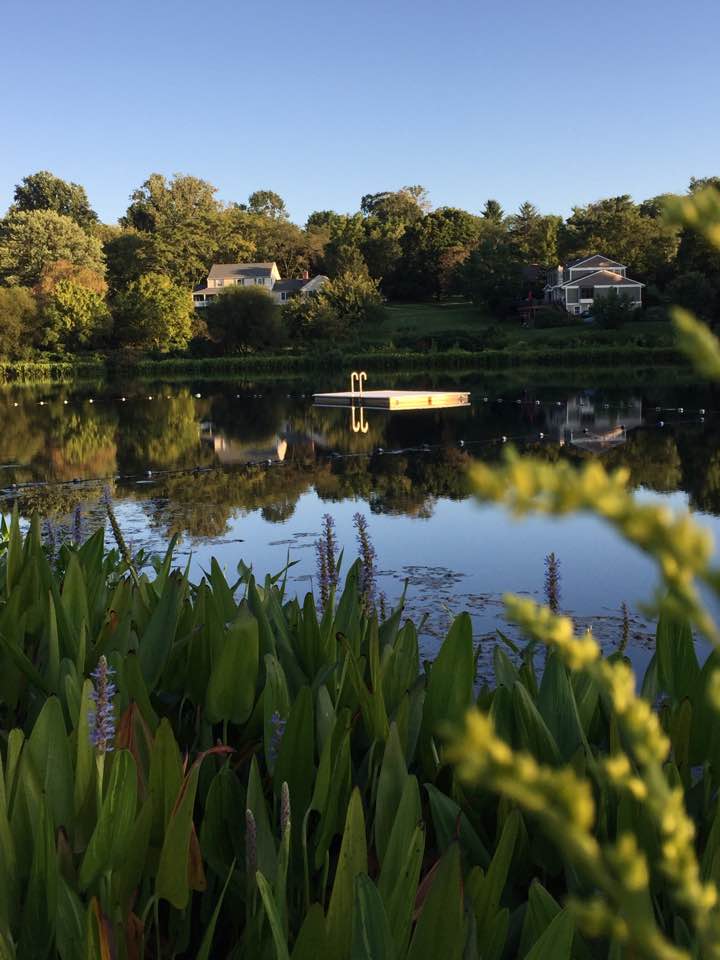 A town named Trinity is bound to have some things to say about God.  In this final segment of my interview with debut novelist Katherine James, (whose book, Can You See Anything Now?, was published in October), we dig into the the book and find a Christian vision.  For previous segments, click here.

One of the most striking things in the book to me was, as we’re headed towards the culmination of the book and everybody’s coming to a vigil at the rehab center for the character who is in a coma, you take off to 30,000 feet and start to describe the town from above.  It was such a striking image.  It had the effect for me of moving to the God’s-eye view and seeing these characters, who really come from a whole lot of different backgrounds, as being all in this common journey.

That’s exactly what I wanted to do, and I hope that in the very beginning you see a little bit of that.  Also I think after Pixie, [the character in the coma], falls into the river, I go into it a little bit after that.  So, yeah, I’m going up into God, basically, looking down on the people and pulling all this together and having a plan for all of it.  Also, in the hospital, when Pixie wakes up to the ceiling, there’s this sense that God’s calling her but might allow her to stay.  You don’t really know whether He will or not. So, God is a huge, huge part of this book. Although it’s in the background of the book, it was in the foreground of my mind when I wrote it. 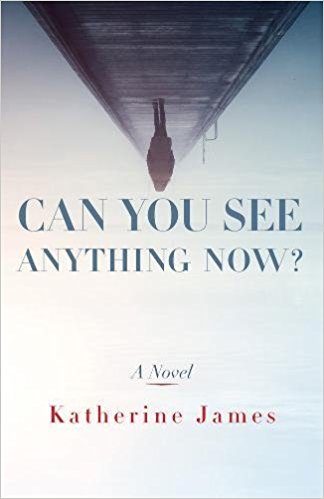 Well, it is definitely a book about faith and I know your own Christian convictions.  But in the book, the most conventionally religious people in the book, like Etta and Pete, are at a distance most of the time.  The characters that you invite us to get closest to are very skeptical and wounded and hurting, but they are also vibrant and sympathetic.  So, I think you move towards the faith questions or help us understand the depth of characters like Etta only late in the book.  Is that a way of subverting expectations of what a Christian book should be?

Yes.  Of course, I didn’t set out to write a Christian book and that’s almost what I wanted to avoid. But it’s in my head. It’s there and I couldn’t help but write that way because that’s my perspective.  It’s very troubling, what’s going on right now [in our country], and I wanted somehow to bring down these Christian factions, on both sides.

The truth is that Etta is in a Christian environment and she does do crafts that are silly.  But in the end, she respects and looks up to Margie’s abilities, and she’s kind of in awe of them. And her intellect and she wants to be like her. So, the change happening in Etta…you’re right, I don’t really get to it until later in the book, because it begins with Margie and that’s who the book is about in many ways.

Nick, [Margie’s husband], has this view of Christians that’s very typical of the way that the world might see them.  He isn’t as open to her as much as Margie only because Margie is so broken that she’s humble and she’s willing to get to know somebody whom she doesn’t agree with or might have originally been skeptical of.  But, because she’s humbled by her situation, I think she’s open to Etta and very thankful to have that visitor and the fact that Etta would actually take the effort to do it rather than talking about Margie.

I’m not really mirroring the world because the truth is you do have people on the right that don’t have any substance. People on the left, too.  But I wanted to show that frequently, people really do have hearts.  Their convictions might be different, but that doesn’t mean that they don’t love.

The book is a lot about left and right.  A lot.  You also have Owen and Noel [two young adult characters in the book].  They have that scene were they have that little argument about pro-life.  That’s just a little snippet.  Are they going to be able to get together in light of this disagreement? Because it’s kind of big.  Or, maybe not.  In the end, you really don’t know. But it’s good to just open that up.

And they struggle with the idea of what goodness is. I appreciated that, too.

When you come back to earth in that culminating vigil scene, and it’s the day before the 4th of July, this all-American holiday that we might have used to think would bring us together in some kind of civic religion, the characters and the scene are so ‘typical small town.’ They’ve got plastic coolers and the paper lanterns and the brownies. But, I felt a real kinship with all those characters. They’re bringing what they’ve got and what they’ve got are plastic goods.  They don’t prepare them any more or less for what’s going on than the high art that the other characters have in the face of the mystery.

Exactly.  There’s this thing in the background that they all want. Their goal is the same. Kind of like America in our day and age—our goal is to wipe out evil, to not be affected by evil. But how we get there is completely different. 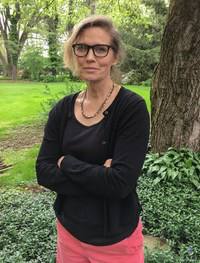 So, Trinity [the small town that is the main setting] becomes this nurturing place.   The name is a pretty dramatic gesture towards the divine. Is it God?

[laughs] Yes. Oh, basically yes, with the going up into the sky and looking down and all that sort of thing.  Very much. I wanted that to be there the whole time.  That there’s this reality that’s so much bigger than our pettiness down here, so far above all these silly things that we argue about. When you know the Ultimate Truth, beyond whether you’re left or you’re right.  He sees hearts and some hearts that look good but they’re terrible, that sort of thing.

There are sections [of the book] that are biblical, passages that people probably won’t pick up.  It talks about the people are like grasshoppers. They jump and something like that. That’s actually a verse somewhere.  [Isaiah 40:22]

[There are other biblical images.]  I would say that one of the biggest things in the novel is water.  Water and Margie and then water and Pixie—in both of those situations it’s very important to me, partly because of baptism and new life in both situations.  Water should have killed them both, but it ended up that it’s the water itself that saved them.

That’s one of the things that drew me into what was going on.  In Margie’s case, ultimately she has this rock that she climbs up on and she was able to stick her face above the water. And then the Mammalian Diving Reflex for Pixie, where she definitely should have drowned and died, but then because the water was so cold, the water actually ended up saving her life.

Both of those things, in the sense that God is that big and if we were to come into His presence, I don’t think that we would be able to survive.  Just like the sun, you can’t get too close or you’re just going to disintegrate.  However, because of Christ, God himself makes us able to approach him.  That’s something that’s very Christian that I don’t know who’s going to pick that up.

One response to “A God’s-Eye View: The Heartlands Interview with Katherine James, 3 of 3”