Pulling Back the Veil in the Vale of Opioids: Beth Macy’s Dopesick

Three months into our current pandemic we know the scenario. “Epidemics unfold ‘like a vector phenomenon, where you have one individual who seeds that community and then the spread begins.’”(127)

Dr. Anna Lembke could have been talking about COVID-19, but the Stanford specialist in addiction medicine was talking about opioids and ace Virginia reporter Beth Macy was taking note. Macy had seen the devastation first hand in the areas she covered for the Roanoke Times—Southwest Virginia, the northern Shenandoah Valley, and in her own backyard in the suburbs of Roanoke. It was part of a larger picture of rural alienation and economic decline that she had been covering in her work and in award-winning books like Factory Man. Obesity and disability claims were only indicators of the health crisis. “If fat was the new skinny,” she said, “pills were becoming the new coal.” (18)

As Macy reveals in her tremendous new book, Dopesick: Dealers, Doctors, and The Drug Company that Addicted America, there’s a lot to the opioid crisis and many mothers to this particular tragedy. Big Pharma is part of the story, and Macy ferrets out the growth of OxyContin through the late 90s, noting that “pharmaceutical companies spent $4.04 billion in direct marketing to doctors in 2000, up 64 percent from 1996.”(32) As prescriptions skyrocketed, aided by overwhelmed and unscrupulous doctors, a side market developed.

In an Appalachian culture that prides itself on self-reliance and a feisty dose of fatalism, peddling pills was now the modern-day moonshining. Some passed the trade secrets down to their kids because, after all, how else could they afford to eat and pay their bills?(42)

Meanwhile, as traditional economic engines in the region, like coal mining, disappeared, the political dislocation grew. Even in a small city like Roanoke, Macy felt surprised by the transformation. “Those of us living highly curated and time-strapped lives in cities across America—predominantly mixing virtually and physically with people whose views echoed our own—had no idea how politically and economically splintered our nation had become.”(125)

Macy begins with the history and high level overview, but she quickly moves into the experience of living with addiction, too, and by the end she is a fiery advocate for a particular approach to treatment. She talks with people and families whose lives have been totally upturned by opioids. She hits all the familiar notes—the relapses, the crime, the distraught mothers, the overdoses, the deaths. And she keeps returning to a core lesson she has learned:

“One of the reasons people stay so hopeless about the epidemic is that, in any given episode, they only see a small proportion of people get into remission,” Harvard researcher John Kelly told me. “What happens is, it takes about eight years on average, after people start treatment, to get one year of sobriety…and four to five different episodes of treatment” for that sobriety to stick. And many people simply don’t have eight years.”(174)

The final third of Dopesick is a cri de coeur for an approach to substance use disorder that might have some hope for those caught in its grip. Macy is sure she’s found the gold standard treatment, too: medication-assisted therapies (MAT).

When I offered that I was leaving his office after our third interview depressed—again—he [federal prosecutor Andrew Bassford] said, “Well, you should be. Rehab is a lie. It’s a multibillion-dollar lie.” An annual $35 billion lie—according to a New York Times exposé of a recovery industry it found to be unevenly regulated, rapacious, and largely abstinence-focused when multiple studies show outpatient MAT is the best way to prevent overdose deaths. (251)

It’s not a pretty answer. You can still expect relapses, heartbreaks, and economic hardship. But also fewer deaths and a better shot at a good outcome. Combined with a better health care system (“only about 10 percent of the addicted population manages to get access to care and treatment for a disease that has roughly the same incidence rate as diabetes.”(243)), better use of the legal system, and better regulation of the pharmaceutical industry, we could begin to make progress in what has been a futile, and barely-fought campaign against the opioid epidemic. 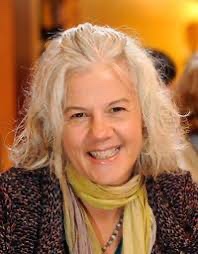 Macy is a convincing narrator, even as she turns into a fiery activist by the end of the story. She knows that the bad actors in the subtitle of the book are really just playing a role in a larger story. Opioids have infested a cultural story in which certain parts of the country have been left behind and left out of any serious conversation about the future. And until the community of rural America is repaired, individuals will still disappear into an opioid sleep.

[For another picture of the opioid epidemic and how it impacted one family, see my review of Katherine James’ A Prayer for Orion.]

One response to “Pulling Back the Veil in the Vale of Opioids: Beth Macy’s Dopesick”