The Audacity of Jonathan Franzen’s Crossroads

It’s hard to know where to start when talking about Jonathan Franzen’s new novel, Crossroads. Do you start with the audacity? Franzen ripping across the page, delving into the minds of female and Native American characters with abandon and heedless of the caution so much of contemporary literature has fallen prey to?

How about the world-building? The spot-on evocation of Christmas 1971 and the mindsets of a suburban Chicago mainline church?

Or maybe we begin with what we’ve come to expect from Franzen—the page-turning ease with which he gives us the intertwined inner lives of a family in trouble, its members on their own solo journeys but colliding with one another in revelatory ways.

Or maybe we just close the book at the end and say, as I did, “Wow.”

Franzen has attracted passionate praise and criticism through the years and his public persona has always seemed at a remove from whatever the current orthodoxy is on the pages of The New York Times Book Review. In one sense he’s a throwback, (and his choice of setting here only adds to the feeling), to the style of the modernist masters like Philip Roth, Norman Mailer, and John Updike. So it’s tempting to see him as a relic from the age when white male novelists strode into the worlds of sex and politics with a grand omniscience.

That’s the boldness that makes the book propulsive and energetic. In another sense, however, the authorial freedom seems earned by deep engagement with the world. The writing seems effortless. He can set a whole scene with a single sentence. (“His bags were at the bottom of the stairs, where he’d dropped them. The Christmas tree was dark.”)

But he’s done so much work. The characters’ lives and their world feels lived in.

For instance, the nucleus around which the characters spin is the youth group at First Reformed Church, a gathering called Crossroads. I recognized it immediately from my own experiences in youth groups of the era. Right down to the group-building exercises that were a raucous mix of EST and a sheer celebration of incarnation:

The group then formed a circle of crosshatched bodies, everyone’s head resting on their neighbor’s belly. There was no obvious point to the exercise except to start laughing as a group and feel your head bouncing on a laughing belly and another head bouncing on yours. (68)

There are places where Franzen’s mastery slips. A key event that seemed to involve massive planning and no adult supervision takes place at the church on December 23, a night that seems odd for churches deep in the Christmas Eve preparations. The youth group goes to Arizona, with two of the pastors, for Holy Week. Again, unlikely. But these probably bothered me more than most readers. 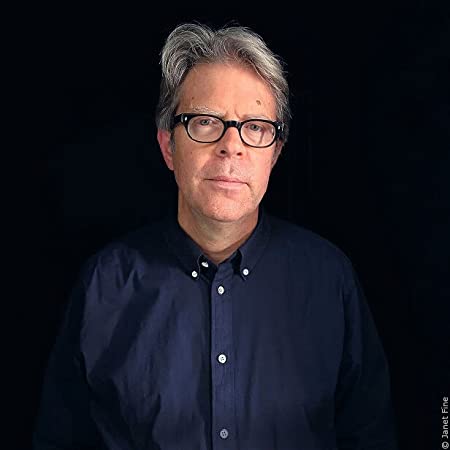 The story shifts perspective among members of the Hildebrant household. We see Russ, the associate pastor who has been ousted from the youth group leadership in a humiliating coup and who is now lusting after one of his parishioners. There are four children, all on their own journeys: Clem, a college student falling deeply for the independent Sharon, a freespirited hippie who challenges him on his comfortable deferment from service in Vietnam. “Perry, whose IQ had been measured at 160,” and to Russ’s mind, “saw too much and smirked too much at what he saw.” (15) Becky, the cool girl at school who falls for the guitar-playing Tanner and undergoes a religious transformation. And Judson, the uncomprehending youngest child.

The most richly developed character is Marion, matriarch of the family, who hides behind her weight and the attempt to keep secrets she’s held for many years. When we finally get to her set-piece it throws the novel wide open and we never look back.

God is always lurking in these pages. It is refreshing to see characters who pray and who struggle with not being able to pray. The religious journeys each of the characters take feel realistic and rich. And when overt Christian symbolism appears, as in a startling foot washing scene, it is at the same time understated and inescapable.

You also see glimpses of the society around the family stumbling through its own reactions to earnest faith. Marion’s conversation with an old flame is emblematic:

“That’s right. You married a minister. It’s funny it didn’t occur to me.”

“That I have a relationship with God?”

“No, it makes sense. You were always…”

Crossroads is the first of a planned trilogy of books about these characters. There is certainly a sense of incompletion at the end of this novel. Only Russ and Marion seem to find a place to rest and then, perhaps only because a crisis takes them out of their solipsistic breakdowns so that they can really meet the world again. Finding out the news about this crisis, Marion is strangely relieved.

She, for her part, had slept astonishingly well, not waking once. The worst had happened—she didn’t have to fear it anymore. (517)

This is an inescapable book written by a generational writer. What we’re going to do with Franzen, I don’t know, but I’m grateful for the ride.

2 responses to “The Audacity of Jonathan Franzen’s Crossroads”