Sara Keeling, pastor of the Rappahannock Charge of the United Methodist Church, has a rural soul.  Or so she told us in a previous guest outing on Heartlands.  While I’m in Israel and Palestine, she agreed to share again.  I really didn’t ask for all the kind words.  They just came free!  But read on for a glimpse of the grace required for authentic ministry… 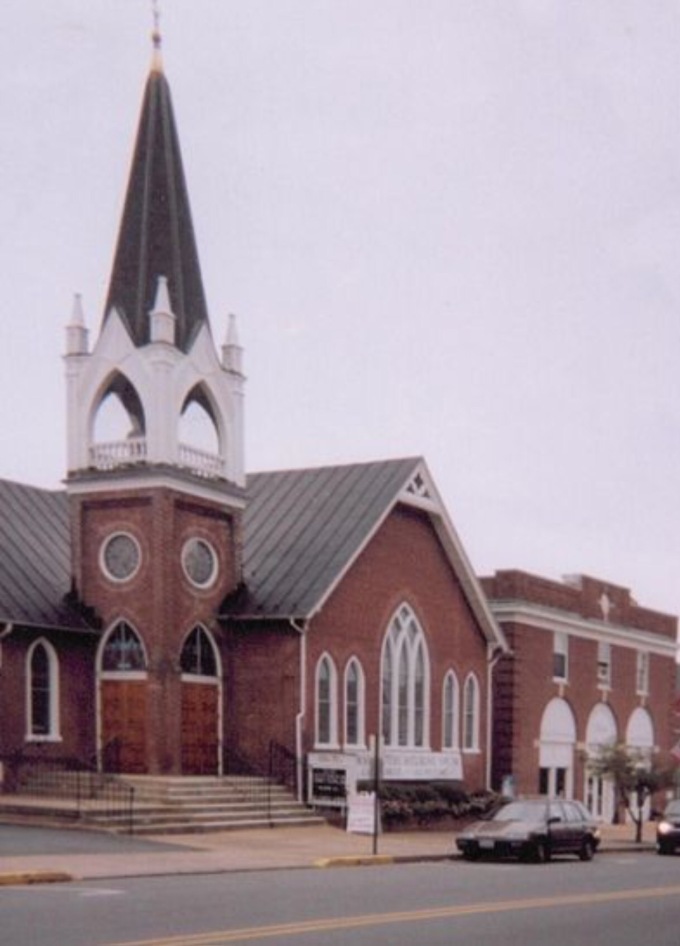 There’s a very short list of folks who grew into faith in Trinity United Methodist Church in Orange, Va, graduated from the University of Virginia, and now serve as ordained clergy in the Virginia Annual Conference. As far as I’m aware, there are two of us.

Because, you see, my life trajectory is somewhat similar to Alex’s: same hometown and church, same university, same profession. My dad was Alex’s family pastor for 23 years. Alex was my campus minister and mentor. I’ve known Alex since 1984. That same year, when I was three, I spent one terrified evening in his parents’ home when my dad broke his leg roller skating and I thought his leg was no longer attached to his body and no matter how hard they tried, I would not cheer up and play games with his younger sisters. For me, Alex was the cool rookie preacher who would return home to preach and hold my attention in a way the familiarity of my father rarely did. As a college student, he was the thoughtful, inspiring leader who imbued importance on all of our futures. As a colleague, he is still the gold standard to admire for curiosity and creativity.

I read Alex’s award winning essay: ﻿Spirit Duplicator, with a keen eye, peeping into a story of my own hometown with some of the same cast of characters.

Ms. Moore was also my beloved 3rd grade teacher. Likewise, I remember walking by the tree at the Episcopal church where Lee tied his horse. Mostly because my mother is an avid historian and horse enthusiast, she was always quick to tell me that the confederacy was the wrong side of history, but Lee’s horse Traveller could be revered for being a loyal companion and clearly not knowing anything about the war he was fighting.

Like many small towns in Virginia, Orange is full of historical markers, battle fields, statues, even the home of James Madison.

It’s interesting—the history a hometown will leave with you—it’s given me the credentials to live an authentic rural life. I now come home to Rappahannock county—where I’ll introduce myself to locals and tell them I grew up in Orange—so they know I’m one of them. But if I meet a come-here from closer to the beltway, I’m quick to mention my three years in Alexandria—so they’ll know I’m one of them too.

People close to the beltway tend to think Rappahannock is gorgeous—a great place to escape or retire too or take a weekend trip to the vineyards or the Inn at Little Washington—but they wouldn’t want to live here or be from here. To someone from Rappahannock, the greater DC area is just one big traffic jam, and the people too busy. I’ve lived and loved both regions of the Commonwealth. We are technically in Northern Virginia, and yet we are a world away from the grid lock of I-495.

When first told I was moving out here 7 years ago, congregants in my Alexandria church asked if I couldn’t just combine those three churches into bigger one.

That’s almost as fruitful a question as can you just combine your three children into one? I have three churches and three children and the answer is the same in both of those scenarios.

We generally talk of urban areas as liberal and the rural as conservative. And while it’s true that one tends to vote blue and the other red, they are, of course, not monolithic. My urban church had some rabid conservatives. My rural churches have some flaming liberals.

Along with the Word of God, my own socio-political worldview influences the words I say on a Sunday morning.

One of my churches is named after a Confederate chaplain. His story is one of sacrificial love as he literally gave his life for a fellow soldier, to be executed in his place. A Christlike act for sure, but he still wore a grey uniform.

I preach a sermon on race and Black Lives matter and get impassioned pleas about colored blindness or the lives of police officers.

I preach about sexuality: reminding everyone that we all have different opinions in the room, that some of us here are gay, or have gay children whom we love and support, or have a gay sibling that we don’t understand, or think it’s downright sinful . . . and people with tears in their eyes either thank me or ask how can we could possibly be welcoming to people like that?

We pull together for a shared meal or lunch after a funeral and I worry more about the ways we are shortening our lives with the number of calories in the fried chicken we all just ate than how many of us are reading scripture everyday.

I lean back on grace. I say we should listen and try to understand with empathy and not judgment. I remind everyone that we are all children of God.

It’s hard to believe some days that we are all on the same team. All just trying to love Jesus and be the people God would have us to be.