Is General Conference Too Important?: The Heartlands Interview with Ashley Boggan Dreff Concludes 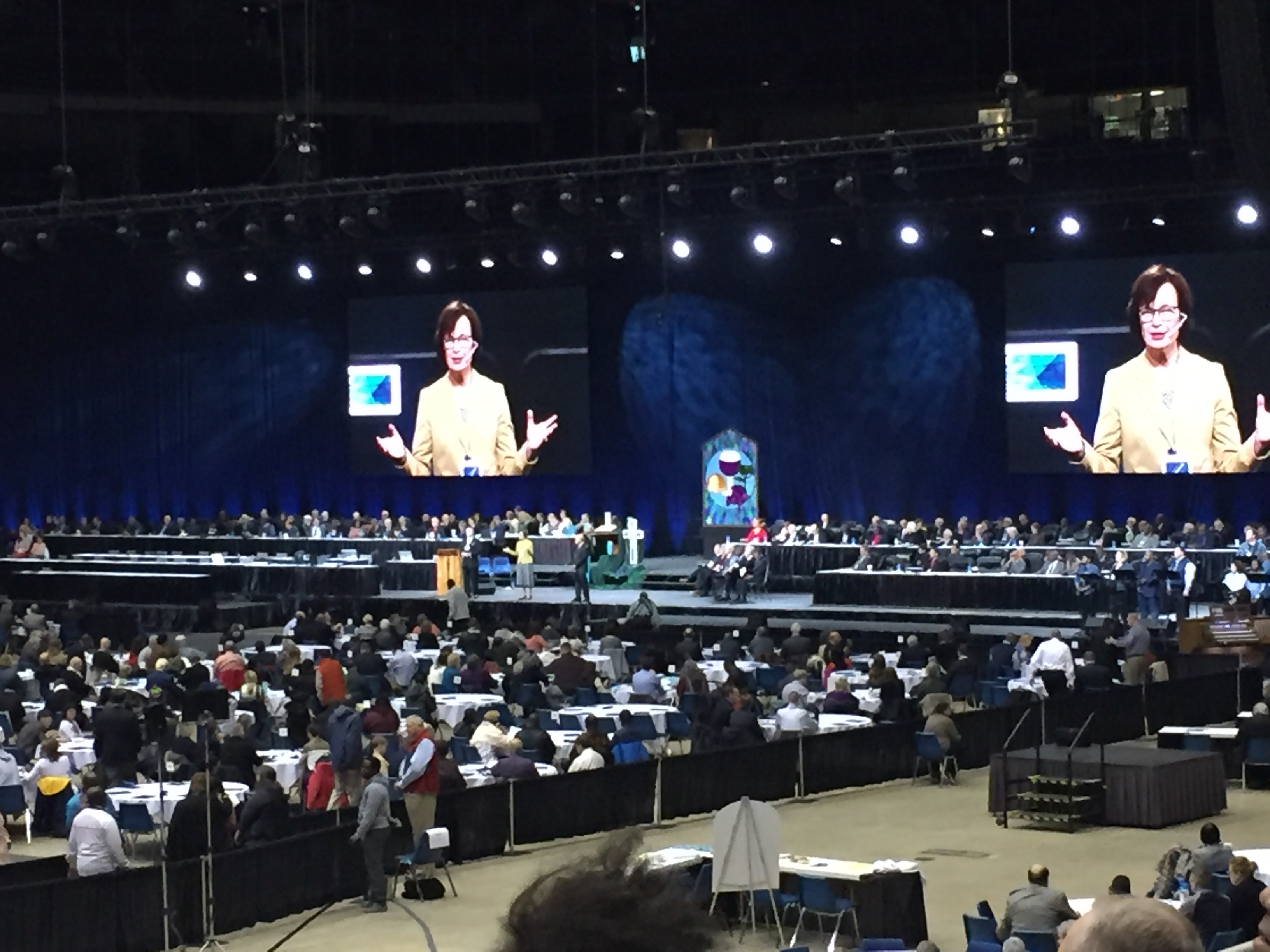 Previous segments of my interview with Dr. Ashley Boggan Dreff, author of Entangled: A History of American Methodism, Politics, and Sexuality, covered the history of the incompatibility language in the United Methodist Church and the ways that the trends in American politics and culture have affected the development of the denomination. In this segment, we talk about where we are and where we might be going.

Alex: You said in your book that the merger in 1968 and the way that this debate has gone since the merger has made General Conference more important than it was. It made it the arena where everything important took place.

It’s so much like American politics where a person is inaugurated and in reality they have a year to get things done before the mid-terms kick up, and then they have six months before they have to start running for office again. So you have almost a year to do what General Conference tasks you to do and then you start planning for the next one, on how are we going to get this position past the General Conference so that the denomination will finally uphold what we’re working for.  You can see that throughout the pattern of the 1980s and the 1990s.

General Conference becomes the stage where these caucus groups are given publicity that they normally wouldn’t have. It’s where they hand out voting guides, it’s where they make demonstrations, it’s where they politic with delegates—so it really is the two weeks where all of their efforts over the last four years come to fruition.  And the results are immediately broadcast.

General Conference 2019 felt very broken to me.  It felt like it’s become too politicized and the deck has been stuffed against itself where it can no longer be a place where the Holy Spirit shows up to work, because it’s become so political.

It’s fascinating to look at the lack of movement on votes. People came to 2019 knowing what they were voting for, knowing what they were voting against, and they did that, no matter what. When that happens…when we don’t go to General Conference looking to listen and learn from each other, but we go there to cast a vote, that’s when it’s broken.  It may be my naivëte thinking that that hasn’t happened in 2012 or 2016, but I think it really happened in 2019.

Moving forward, I don’t know if General Conference, the way it is set up, is the best way to do it.  It’s hard to talk about topics like sexuality, which require vulnerability, with 854 people in one room, with one microphone, and Roberts Rules of Order.

There’s no grace or vulnerability in that.

It feels to me like many more people were watching via live stream than the last couple of times, and I’m wondering what effect that has. That will just amplify that trend of making General Conference more like a spectacle, and not like a functional reality.

I went through like three phone charges a day trying to follow Twitter.  It was being commented on, and what was being said from the floor, how it was being reported to look for discrepancies. So we have a live streaming of social media. There are just so many different avenues for people to tune in, and to stay up to date. But it really does take on this other level.

It’s not only political for the people who are there, but it’s being immediately broadcast through a second-hand person through social media. It really adds to the atmosphere of winners and losers.

I appreciate the democratic process that General Conference has, but I don’t know if it’s the best way for us to work anymore. I’m not saying we need like a Head of the Church, but I’m wondering if there’s not some other way for us to talk to each other, where we aren’t casting votes that create a sense of winners and losers.

“It’s hard to talk about topics like sexuality, which require vulnerability, with 854 people in one room, with one microphone, and Roberts Rules of Order.”

It was striking to me too how few speeches seemed to be directed at actually trying to change the other side, or to reach out to the other side. They made a moral case for “This is where we are” and in some cases they demonized the other side.

I would agree with that.

You’re a historian, so it’s not fair to ask you this question, but do you have any sense of where things might go from here?

That will determine a whole lot of where we go, because if pieces of the Traditional Plan are put into effect I don’t think it will make sense and so there will be a push at 2020 to get the rest of it put into effect and somehow make it constitutional. If all of it is thrown out, we are approaching 2020 with essentially the various plans that were brought in 2019. Then we will have to see how people rally between now and then.

I would expect that, if the entirety of the Traditional Plan is thrown out as unconstitutional then I think the bishops and certain caucus groups will try to do more education around the One Church Plan. There might be some clarifying language that’s put in there about how it affects central conferences. There might be more education at central conferences about what the One Church Plan looks like.

I do know that one of the main problems that happened at 2019 was progressive groups did not agree on which plan was the best. Although the One Church Plan admits as to where we are now, it still allows for discrimination within certain jurisdictions, and that is hard for a lot of progressives to get behind.

The Simple Plan was marked as a new, radical thing that would never pass, but when you look at it, it doesn’t use any affirming language; it just gets rid of the punitive language. So you really can’t say that it’s a far left plan, because a far left plan would have affirming language being put into the Discipline. So there are also needs to be some more education around that plan too, of what it actually does.

Yeah, it was her pastor I think she said.

That’s an interesting take on it, and I wish we could hear more stories about that.

Where we are going to go depends on how the Judicial Council comes back. According to the presiding bishop at the one afternoon, the official plan is a bundle plan, per the Book of Discipline. So for consistency’s sake, you would think that the Judicial Council would have to throw out all of it. But the Judicial Council has been reporting on petitions individually, so it will be interesting to see which way that goes.

I do know that there are progressive rallying cries going on, there’s a lot of organizing already happening about how progressives are going to come to 2020.  I will be curious to see if those not only include but highlight LGBTQ voices, which I think is something we haven’t done enough of. If you were at 2019, you heard Adam Hamilton’s rally. I think he thinks that traditionalists are pushing people into this fight who hadn’t previously been in it. I think that is true. I have the utmost respect for Adam Hamilton, but if he really wants to be a leader in this he will have an LGBTQ person alongside him.  Because that is the voice that we need to be listening to.

Thanks to Dr. Boggan Dreff for joining Heartlands for this interview.

2 responses to “Is General Conference Too Important?: The Heartlands Interview with Ashley Boggan Dreff Concludes”