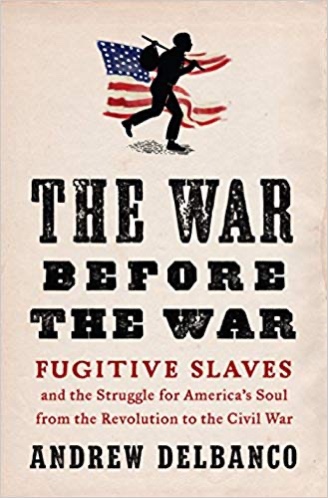 A second history book makes the list in the #7 spot of our annual countdown of Best Reads. Anthony Delbanco, The War Before the War: Fugitive Slaves and the Struggle for America’s Soul from the Revolution to the Civil War, focuses on a potent symbol of antebellum America, the fugitive slave, and shows how the unspooling of the country in the 1850s was foreshadowed by the compromises around slavery made with the Constitution. It made for an enlightening and disturbing read in another era of national unspooling.

From my review (which you can read by clicking on the title above):

Delbanco presents a nuanced picture of Americans in conflict producing unexpected change. Reading it in light of current circumstances, it is both reassuring in its recognition that we have been at cultural, moral, and political impasses before and yet disturbing in its suggestion that our way through one such impasse was a costly, bloody war.